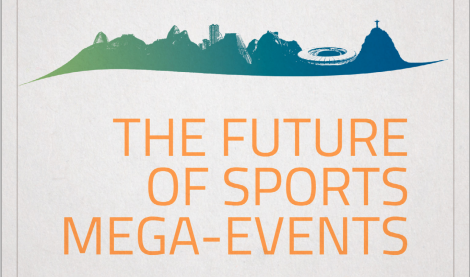 Book was released in Brazil

It was released on Thursday, May 28th, in Rio de Janeiro, the book “The Future of Sports mega-events”. The publication has four chapters produced by Professor Dr Leonardo Mataruna, in partnership with other researchers, such as Dr Ian Brittain (Coventry University), Thiago Melo, Renan Petersen-Wagner, Andressa Guimaraes and Daniel Range.

Among professor Mataruna’s chapters is the one that is about the innovations in the Brazilian military sport from the Olympic prospects for 2016 and 2020. In co-authored texts, the professor worked in texts on the lessons of the London 2012 to Rio 2016 and other candidate cities for the Olympic and Paralympic Games, and a perspective on how social media can be used to implement the proposals of Agenda 2020, organized by the International Olympic Committee looking for the future of the Games.

The book – This publication aims to discuss, analyze and propose means of implementation of Agenda 2020 Olympic International Olympic Committee in addressing the challenges of renovation of the Olympic Games over the next five years. The aim of in their 30 topics approach is to create an innovation environment in preparation for the 2014 World Cup legacy management Football and legacies of the 2016 Olympic Games and also with possible impacts in sports mega-events in general and in sport high yield. The authors gathered for this non-commercial venture totaled 38 Brazilian and 12 other countries, belonging to 19 universities and 12 national.

The approach taken in the study and research was the technological development taking as a starting point Paralympic sport. In this perspective it adopted the book-platform model, in Portuguese and English, which admits the successive addition of text to this issue that might reference the post 2016 Olympic Games stage and follow in the years following implementation of the Olympic Agenda 2020 in Brazil and internationally. This “virtual hub” was taken through voluntary memberships and responsible for people and institutions (stakeholders) in the direction suggested by the Olympic Agenda 2020 recommendations 20 to 23, which provides strategic partnerships to build the future. This publication was edited by Andrea Deslandes, Lamartine DaCosta and Ana Miragaya, in partnership with UERJ – PPGCEE, INT, Esporte Essencial, UFRJ, Coventry University, USP – NUTAU, ICBEDU, CEV, Fórum Desenvolvimento Estratégico RJ and funding by FAPERJ.

The book is available for download from this link: http://goo.gl/Jt6c2h